„ln his Manifesto of Computer Art, Tamas Waliczky stated that 'computer art does not yet exist'. It was 1990. Tamas then went on to create a work of computer art inspired by the great cross-media experimentalist Moholy-Nagy.
At the age of nine Tamas began to make animated cartoon films and comics. And twenty years later he won the Golden Nica for Computer Graphics at Ars Electronica in Linz. Ever since then his constantly evolving oeuvre of ground- breaking digital art works have set benchmarks for the development of media art in the 20th and 21st centuries.
Tamas art practice is a dialogue with the potentialities and constraints of technology. It is an examination of both the technical and philosophical nature of newmedia.
His many masterpieces like The Garden and Wheels, are research into the fundamental properties of digital visualization, which by means of technological innovation arrive at pan-aesthetic expressions that are profound existential meditations.
In recent times there have been extraordinary transformations in the techniques that record, represent and fabricate the audiovisual narratives of our lives.
Tamas's works articulate and interrogate major aspects of this radical shift with a sensitive understanding of the history of new media.
Going from hand drawn animations to computer graphics he has traveled from analog to digitaI modes of creative expression and from mechanical to electronic means of production.
But not wanting to abandon the past, the Imaginary Cameras that Tamas has fabricated are masterful analog mechanical digital electronic hybrids.”

„Tamas Waliczky is an animation and new media artist who has been a Professor at the School of Creative Media since 2010, having been previously a colleague of Jeffrey Shaw’s at ZKM. He began making animations at the age of 9, and then worked as a painter, illustrator, photographer and animator. He discovered the creative possibilities of computers in 1983 while working at one of the first game design studios in Hungary. In computer animations like The Garden (1992), The Way (1994), Landscape (1996), and the Fisherman and his Wife (2000), Marionettes (2007) and the Adventures of Tom Tomiczky (2011), Waliczky uses the medium of digital animation to enhance, intensify, and make strange ordinary human perception with machine-mediated visionary worlds, while at the same time anchoring the spectator within the familiar and the human, through the representation of quotidian environments and people drawn from his circle of family and friends.
Since arriving at SCM, Waliczky completed several major artworks including Wheels (2013), in which Waliczky simulated a living universe with its own rules, Homes (2012/2015), a virtual reality cultural heritage project, and the remarkable series Imaginary Cameras (2016-19) which had its culminating show in a pavilion at the Venice Biennale where Waliczky represented his native country, Hungary.
Waliczky has collaborated with his wife, Anna Szepesi, since the early eighties. Anna is not only the artistic adviser for most of his works, but she appears as her digital avatar in a number of them.
Waliczky has won numerous international awards including the Prix Ars Electronica (Linz) and the Prima Primissima Prize (Hungary), and his works are found in many public collections.” 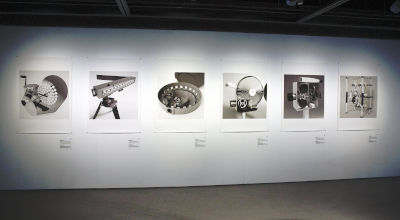