Waliczky works together with his wife Anna Szepesi since the early eighties. Anna is usually the artistic adviser in most of his works.

His works won numerous international awards, including the Golden Nica of Prix Ars Electronica, Linz, was shown in several exhibitions worldwide, including the Biennial of Lyon, the ICC Gallery Tokyo, the Multimediale Karlsruhe or the Biennial of Seville, and are in different public collections, like the Centre Georges Pompidou (Paris), the Kunstmuseum Bonn or the Ludwig Museum (Budapest).

Tamas Waliczky has been selected to represent Hungary at the Fifty-Eighth Venice Biennale, 2019. 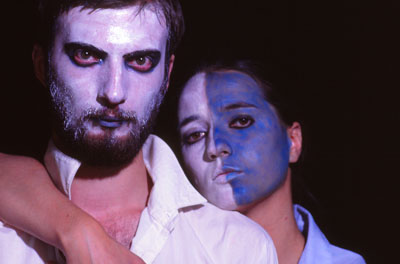 Tamás Waliczky and Anna Szepesi at around 1982, photo by György Pálos.